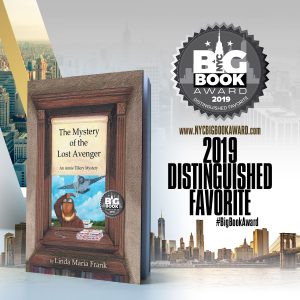 (Book Four) by Linda Maria Frank
The wreckage of a World War II plane is found in the mountains of Appalachia. It mysteriously crashed in
1943 on its way to a naval base. Inside the plane is a note, written by Annie Tillery’s great-grandmother,
Charlotte, who was in love with a fighter pilot. Young Charlotte tested the planes and flew them to naval bases;
her fiancé flew the planes in battle.
While investigating the crash site, NCIS finds the note in the plane, which they trace to Charlotte and then to
her surviving family members, Annie and her mother Carol. The mystery begins. Why did the plane crash, and
what does Charlotte’s note mean? Annie and her mother decide to dig into Great-Grandmothers past by way
of the aged family attic.
There, they find love letters written by Charlotte and her Navy pilot fiancé. There is a code to be broken in
those letters and The Mystery of the Lost Avenger to be solved. As they explore, Annie suspects Charlotte’s
ghost is reaching out to tell her something, but what? She enlists the help of her boyfriend, newly licensed pilot
Ty Egan, but Annie feels she may be the key to her great-grandmothers top-secret life.
5 Star Review: Good news for all Annie Tillery Mystery Followers. The Mystery Of The Lost Avenger (book
4) is finally here. This book educates young minds using this fictional mystery that involves NCIS investigating
the crash site of a World War II plane.
Turns out the pilot was Annie Tillery’s great-grandmother Charlotte who was a test pilot for Grumman and
actually flew in battle. Annie, her mother Carol are intrigued by Charlotte’s note and decide to dig through the
old family attic to see what they can find out about this mysterious family member. What they discover in the
attic only adds to the mystery and soon Annie suspects that Charlotte’s ghost is reaching out to them from
beyond the grave with an important message.
Annie’s decides to get her boyfriend Ty Egan who happens to be a pilot involved. Here is their conversation.
“Ty, you won’t believe what Mom has been telling me about a mystery concerning my great-grandmother.
Mom, this is your story, and maybe Ty can see something we don’t. Can you fill him in on the details, so far?
I’m just hearing this story for the first time, too.”
“Well, let me start with . . .” She shuffled the papers in her lap. “Here’s the letter we received from the
Department of the Navy. And here’s a copy of a note we found in the plane. The note is written on some sort
of a company form with and identification number on it. The number belonged to Charlotte, my grandmother.”
“I also have a letter from the Naval Crime Investigation Service about the condition of the plane where they
found the note, and the pilot they found in the wreckage. There are skeletonized remains of a person whose
identity they are trying to confirm. They know who flew the plane when it went missing, but they must confirm
that it is that person. It is a woman.”
Mom added a new thought, “You know, it’s ironic. Charlotte did die in a plane crash many years later. She
continued to fly recreationally after the war. When I went to Maryland to see if there was any record of her
time at Grumman, I found these letters in the house where Charlotte spent her last years.”
Students and young adults of all ages will enjoy The Mystery Of The Lost Avenger. Although a series each
book is unique and stands alone with no need to read in a particular sequence.
I endorse The Mystery Of The Lost Avenger and all the books in the Annie Tillery Mysteries by Linda Maria
Frank. Review by Theodocia McLean.
Genre: Teen, Young Adult, Action, Adventure, Children’s
Amazon Reviews
https://www.amazon.com/Mystery-Avenger-Linda-Maria-Frankebook/dp/B0794TWW5Y/ref=tmm_kin_swatch_0?_encoding=UTF8&qid=&sr=#customerReviews 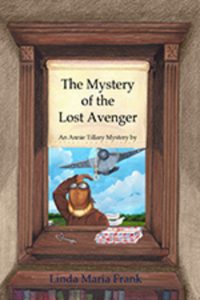 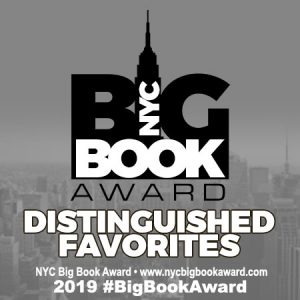