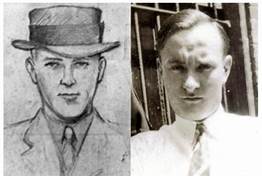 Some of the latest thinking about the Lindbergh kidnapping that happened in 1932, causing the death of the son of Charles Lindbergh, famed aviator who completed the first non-stop trans-Atlantic flight from Long Island’s Roosevelt Field to Paris, comes to light in a new book by Robert Zorn, “Cemetery John”.

Originally Bruno Hauptman, a carpenter from Bronx, N.Y. was arrested, tried and convicted of the crime. It was the first “trial of the century. But time and more careful investigative thought has caused some investigators to take a second look.  Another Bronx resident, John Knowles, comes to light through the investigation of Robert Zorn.

The confession of Gene Zorn, the author’s father, concerning a conversation he overheard in Palisades  Park in which a neighbor,  John Knoll, said the words Bruno and Englewood (the locale of the kidnapping)  led the author to investigate John Knoll. His findings are as follows:

Based on the profile established above, Knoll”s motive may have been seeking the anonymous fame associated with such a notorious crime.

Adding to the above: Shooting Down the Single Kindnapper Theory

Cemetery John is an interesting read. I hope I’ve whetted your appetite for a look into

this old, but historic crime.