Why was Christie so obsessed with poisons? Here’s a quote included in an exhibit in the American Museum of Natural History?

From the Borgias’ time to the present day/ Their power has been proved and tried!/Monkshood blue, called Aconite/ And the deadly Cyanide!

—Agatha Christie, “In a Dispensary,” published 1924

According to the source:

For most of the First World War (1914–1918), Christie worked in a hospital as a nurse and later mixing medicines, as she recalled in her autobiography. “It was while I working in the dispensary that I first conceived of writing a detective story,” wrote Christie (1890–1976).  “I began considering what kind of a detective story I could write,” she said. “Since I was surrounded by poison, perhaps it was natural that death by poisoning should be the method I selected.” 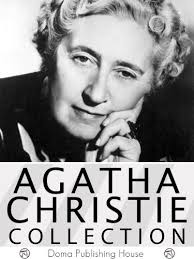