EVIDENCE FROM CAPITAL MURDER CASES IS SAVED FOR MANY YEARS. HERE ARE TWO COLD CASES WHERE DNA SHED LIGHT ON UNSOLVED MURDERS 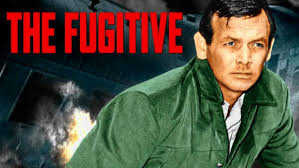 Sam Sheppard was accused, tried and convicted of the murder of his wife in 1954. He never confessed, always professing his innocence. This case was the inspiration for “The Fugitive”, a popular, long-running TV Show. Sam was eventually retried and acquitted, but his life was ruined. After his death his son. having read about DNA evidence in criminal cases engaged a scientist to analyze the evidence. Besides the previous analysis of blood evidence, which showed a third blood type, not belonging to either Marilyn or Sam, the DNA analysis showed that Sam’s blood was not a match to the third blood type. The DNA evidence was not strong, but it did corroborate the fact that a third blood type was present. Richard Eberling admitted to the murder in jail where he was serving a sentence for another murder. Post mortem, Sam was exonerated of his wife’s murder through the efforts of his son and DNA analysis. 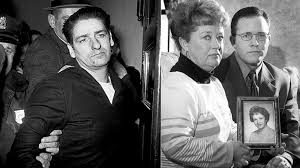 Anthony DiSalvo at his arrest. The parents of Mary Sullivan

In 1964 Mary Sullivan just moved to Boston to start a career. She was brutally murdered entering her apartment one night. It was suspected from the evidence that this was the work of the Boston Strangler, later identified as Anthony DiSalvo. DiSalvo was never convicted of the 11 rapes and murders associated with him. He was in jail on an unrelated murder, and was killed by other inmates in 1973. This famous cold case was solved by using a type of DNA analysis known as Y-STR. It studies short strands of DNA inherited on the Y chromosome. Male relatives, barring mutations, should have the same STR’s. A nephew of Anthony DeSalvo gave a sample of Y-STR DNA to be tested. It matched the DNA in the seminal fluid found on Mary Sullivan’s body and a blanket found at the scene. Based on these findings, DeSalvo’s body was exhumed and DNA from bones and teeth tested. There was a match.Anthony DeSalvo raped and killed Mary Sullivan.

DNA is a valuable tool for cold cases. More violent crimes should be solved in the future.