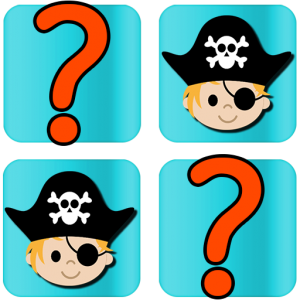 “Stay here. I’ll check the inside. I don’t like this at’ll.” Sibby hunched his shoulders and headed for the kitchen door. It was unlocked.

“I locked it when we left,” Mom whispered.

Sibby disappeared inside the house. I couldn’t stand it. I crept up to the door, Mom just a step behind me. There was a loud crash inside the house, followed by furious barking and the hissing of our cat.

A body pin-wheeled out of the kitchen door, knocking into us. Mom grabbed at its shirt, and I tripped him. It turned out to be a him. He fell, and I sat on him.

Sibby came barreling out of the house, followed by a barking Boots and a howling Fish.

Mom pulled the jacket off the face of the intruder.

“What are you doing, breaking into my house?” I screeched, shaking him furiously. “You scared us, you jerk!”

“You weren’t home. I figured I’d just slip in, get tonight’s homework, and slip out. You just arrived in the middle of it. Could you get off me, please?”

“Oh, sure,” I said rolling off and getting up.

Sibby, who looked like an approaching tornado, glared at Wing. “I could of hurt you. It was too dark to see who it was in there.”

“I’m sorry. I gotta get home to watch my baby sister. Mom’s helping out at the lighthouse tonight.”

“Your nose is bleeding. Come inside and I’ll clean you up, so your mom doesn’t have a heart attack when she sees you.”

“I’ll check the house and walk him home,” Sibby offered after I see you lock up.”

“Thanks.” Mom shot Sibby a grateful glance as she pushed Wing into the kitchen and ran the cold water to clean him up.

I knew it wasn’t homework Wing was looking for, but I didn’t know how to find out what, with Mom there. I stood behind Mom and gave Wing a what gives body message. He nodded slightly, and I took off after Sibby. Outside of my room being tossed a bit, everything looked normal. Mom finished with Wing, and the two of them left with Sibby’s final warning. “Keep the doors locked, and I’ll check in the morning.”

Sibby’s shack had no phone. We couldn’t call him for help.